Living a life in mine 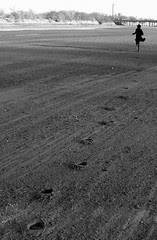 Living a life in mine
Originally uploaded by studiosound.

This has been a rather busy, rather fun week!

We've gotten into several performances of Chocolate Factory since Friday. Jes runs spotlight and so that means we've gotten to hang together during the week. She really enjoys the play and I'm glad for that! Cute Jes used to freak out at the thought of Charlie and The Chocolate Factory. I think it was mostly because of the creepy Oompa-vibes she experienced. I, however, have always loved the story. When I was a kid, we'd fire up our BETA-MAX and My brother and I'd eat lot's of chocolate! Oh what great memories I have of the original movie. I loved the Gene Wilder in that fatherly, slightly sinister role.

All the same, I think Johhny Depp was tremendous in the role when the newer movie came out. I really appreciate his style of acting and I strive to work in the same way as him. He always keeps control over his character and he himself learned alot from Marlon Brando, which I think was just about the greatest actor in his younger years before too much pretentiousness literally grew him out of control. I don't think Depp has that problem at all even though he can really irk studios once and a while. That's just great! And he's just cool in general as well. Jes thinks he's nice, but hey I can't blame her!

In terms of my Wonka, I didn't really draw from either of the previous characters. I think of Wonka as a kind of mad scientist who's simply interested in his own world, until Charlie comes along. He sees true innocence in him and can understand him. He rather doesn't care at all for children who have greed or attitude, so I use that motivation in my work for this role. Also, since he's a bit mad, I think it's quite alright to throw split personalities into the mix. I think Wonka would feel free to be whoever he likes, since his inner world is just incredible and imaginative.

So there. That's what I think about that. I love acting and I thought you'd like to see how I'm getting into character. It's very important to me. It's a gift God placed into me and I want to use it as best I can! I've gotten requests to go back to LA, but we'll just have to see about that. Is that the only way I can do what I want? To act?

When I was out in Los Angeles, I actually got to meet Don Knotts. I was in a McDonalds in Beverly Hills of all places. I went to use the rest room and as I was coming out, there he was, just sitting and eating a McFish McSandwich. It didn't register for a moment as I walked past, and then, in a Don Knott's-like-fashion, I did an old-fashioned-double-take as I realized who this great old man was. DON freakin' Knotts! I was awe-struck. I - I ...I couldn't say anything to him. I just respected him so much. What I really wanted to do was go over there and kiss his forehead and gush about him and how much I loved Barney Fife and all of the other characters he played. At the time he had a lady-friend with him and I don't think it would've been a good idea for me to do so.

So I simply went out to my car and wrote a note. A note talking about those things. Talking about how much I appreciated how he never took a role that was in bad taste or out of his moral character. How I grew up with him, how I thought was a wonderful person he was. I folded it up and went back inside.

I didn't actually give it to him. At this point in time he was looking pretty frail and I didn't want to bother him. So I gave it to his friend silently and respectfully and without saying a word, smiled and left for the audition that eventually got me on a pilot for MTV. It has never aired. But what a life we lived!

There's a reason I recall this story. Mr. Don Knotts died at the age of (I believe) 81. He was a great man and an incredible character! He practically invented such great visial emotions in his time that had never been seen on screen. On his shoulders are those kings like Jim Carrey, Robin Williams, ect.; I am thankful he showed us his gift.

One day I hope to be up there, showing the promise of my potential. I surely hope he will enjoy watching me from up above it all now...