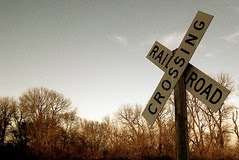 As I sit here on a nice night outside, I'm coming to look for something new.

Willie Wonka's been held over one last performance, this coming Friday the 10th at 7p.m...which means I'll be a bit late for Jes' gig happening at Gypsy Coffee House set for 9p.m. I'll be rushing in my Wonka costume and throwing a crazy intense painting onto canvas as soon as I can!

Speaking of acting ventures, Jes is going to be the one and only Peter Pan! I was honored witht the part almost four years ago and now Jes shall be wearing tights of green! I'm so proud of her and her audition! She was just great. She has a deifinite Pan spark in her eyes and she showed everyone else that light in her. Her favorite stories have been about Peter Pan for a while now. This part was made for her.

Lately she's been running spotlight and once the children found out about her as Pan they started already asking her for autographs!

Well, I never heard back on my audition I had last week so I'll be working my TV gig and finding things of artistic merit during this next two months or so before another adventure travel hits for Jes and I. Things are looking great on Jes' end; she may end up touring world-wide in JUNE! Incredible! On my side I'll be looking for a great adventure. And paint, paint, paint!

What else. I'll have up on this very site some more clips from the news channel Sheila, Nathan and I visited last week. We were promoting Chocolate Factory and this version had us actually saying more than "hello!" It was a fun one and I failed to get lost on the way to the studio.

Aaaaand Happy Birthday, Jes! Her jesfestival shall commence on the 8th of March and run through Saturday! Yay!